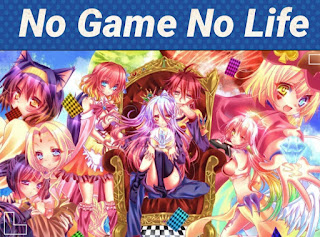 The story of No Game No Life centers around Sora and Shiro, a brother and sister whose reputations as brilliant NEET (Not in Education, Employment, or Training) hikikomori (shut-in) gamers have spawned urban legends all over the Internet. These two gamers even consider the real world as just another "crappy game." One day, they are summoned by a boy named "God" to an alternate world. There, God has prohibited war and declared this to be a world where "everything is decided by games" - even national borders. Humanity has been driven back into one remaining city by the other races. Will Sora and Shiro, the good-for-nothing brother and sister, become the "Saviors of Humanity" on this alternate world? "Well, let's start playing." 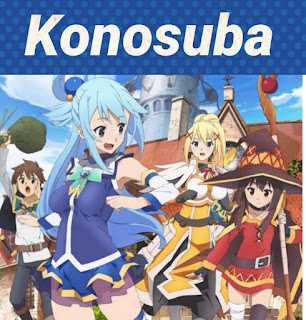 After dying a laughable and pathetic death on his way back from buying a game, high school student and recluse Kazuma Satou finds himself sitting before a beautiful but obnoxious goddess named Aqua. She provides the NEET with two options: continue on to heaven or reincarnate in every gamer's dream—a real fantasy world! Choosing to start a new life, Kazuma is quickly tasked with defeating a Demon King who is terrorizing villages. But before he goes, he can choose one item of any kind to aid him in his quest, and the future hero selects Aqua. But Kazuma has made a grave mistake—Aqua is completely useless! Unfortunately, their troubles don't end here; it turns out that living in such a world is far different from how it plays out in a game. Instead of going on a thrilling adventure, the duo must first work to pay for their living expenses. Indeed, their misfortunes have only just begun!

3. Re:Zero - Starting Life in Another World 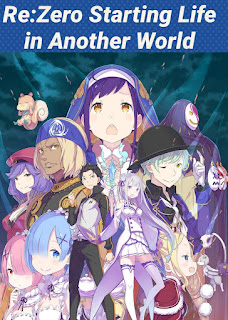 Natsuki Subaru is an ordinary high school student who is lost in an alternate world, where he is rescued by a beautiful, silver-haired girl. He stays near her to return the favour, but the destiny she is burdened with is more than Subaru can imagine. Enemies attack one by one, and both of them are killed. He then finds out he has the power to rewind death, back to the time he first came to this world. But only he remembers what has happened since. 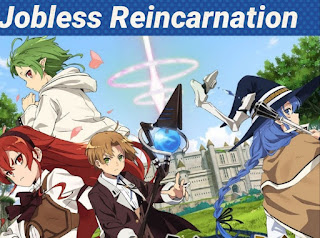 Killed while saving a stranger from a traffic collision, a 34-year-old NEET is reincarnated into a world of magic as Rudeus Greyrat, a newborn baby. With knowledge, experience, and regrets from his previous life retained, Rudeus vows to lead a fulfilling life and not repeat his past mistakes. Now gifted with a tremendous amount of magical power as well as the mind of a grown adult, Rudeus is seen as a genius in the making by his new parents. Soon, he finds himself studying under powerful warriors, such as his swordsman father and a mage named Roxy Migurdia—all in order to hone his apparent talents. But despite his innocent exterior, Rudeus is still a perverted otaku, who uses his wealth of knowledge to make moves on women whom he could never make in his previous life.

5. The Rising of Shield Hero 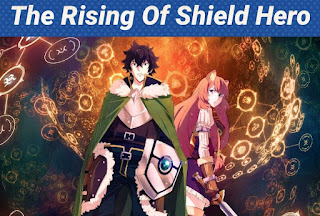 Stories of old tell of four otherworldly heroes—wielding the sword, spear, bow, and shield—who defended the land from wave after wave of calamity. With the fate of the world in balance, the kingdom of Melromarc summons these legendary figures; in modern-day Japan, the call is answered, and the unwitting heroes are transported to this fantasy universe. Thrust into Melromarc and given the title of "Shield Hero," otaku Naofumi Iwatani is labeled the weakest due to his lack of offensive capability and apparent inexperience. When the heroes part ways to start their journeys, he only has one willing companion: the beautiful princess Malty Melromarc. However, she soon betrays him, steals all his money, and accuses him of taking advantage of her. For his alleged crimes, Naofumi is branded a criminal and made outcast of society. With hatred filling his heart, he sets out alone, vowing vengeance against those who wronged him. 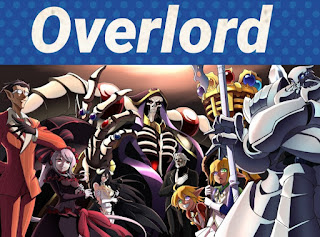 The story begins with Yggdrasil, a popular online game which is quietly shut down one day; however, the protagonist Momonga decides to not log out. Momonga is then transformed into the image of a skeleton as "the most powerful wizard." The world continues to change, with non-player characters (NPCs) begining to feel emotion. Having no parents, friends, or place in society, this ordinary young man Momonga then strives to take over the new world the game has become 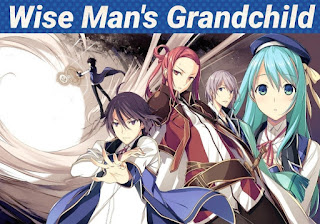 A young man who had surely died in an accident, was reborn in another world as a baby! After that, he was picked up by the patriot hero "Sage" Merlin Wolford and was given the name Shin. He was raised as a grandson by Merlin and soaked up Merlin's teachings, earning him some shocking powers; however, when he became 15, his grandfather Merlin said, "I forgot to teach him common sense!" An "abnormal" boy's unconventional other world fantasy life starts here!

8. That Time I Got Reincarnated As A Slime 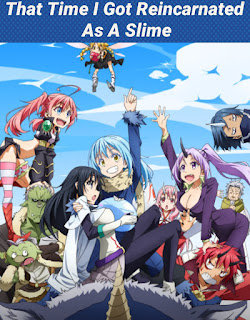 "Rimuru Tempest" is the new name of a slime in a fantasy world taken by a former 37-year-old human Satou Mikami after he is killed by a passing robber. Broken free from ordinary, stale past life, his fresh adventure in a fantasy world as a slime monster with unique abilities begins.

9. In Another World With My Smartphone 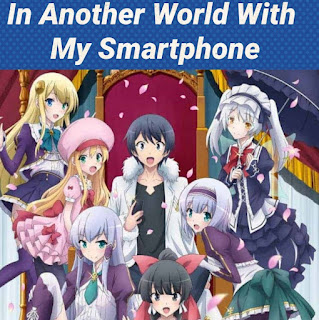 Touya Mochizuki was accidentally killed, and as an apology, God allows him to be reborn in a fantasy world and will grant him any one wish he desires. And so, Touya chooses to keep his smartphone in the next world. In his second chance at life, he befriends many important figures and comes across the world's secret. He inherits the legacy of an ancient civilization and travels around nonchalantly while possessing powers that rival this world's kings. 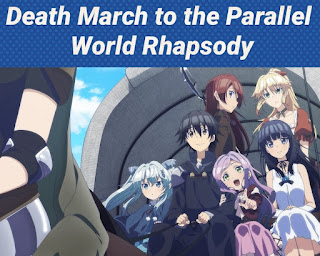 29-year-old programmer Suzuki Ichirou finds himself transported into a fantasy RPG. Within the game, he's a 15-year-old named Satou. At first he thinks he's dreaming, but his experiences seem very real. Due to a powerful ability he possesses with limited use, he ends up wiping out an army of lizard men and becomes a high leveled adventurer. Satou decides to hide his level, and plans to live peacefully and meet new people. However, developments in the game's story, such as the return of a demon king, may cause a nuisance to Satou's plans.